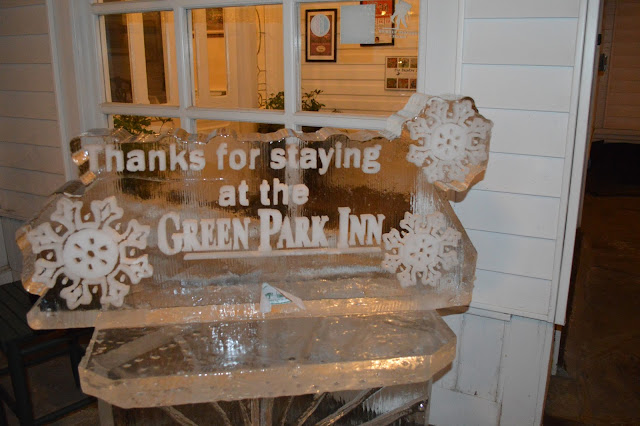 
It's Blowing Rock. It's Winterfest. It's a lot of wine at one of our favorite places to stay – The Green Park Inn.

The 16th Annual Winterfest Wine Tasting, which is presented by the Blowing Rock Chamber of Commerce and sponsored by the Blue Ridge Mountain Club is the perfect chance to mingle with other wine lovers and try a wide variety of reds, whites and sparklings. And you are getting your drink on for a good cause – as proceeds of the tasting and live auction goes towards helping out the Western NC Chapter of the Alzheimer's Association.

With 60 wines available to sample … what was our plan? Start with all the whites available, then double-back for the reds? Go from whites to reds at each vendors table? Just go with the reds? We ended up picking the latter – and did half the wines – which ended up being around 30 samples of red vino. 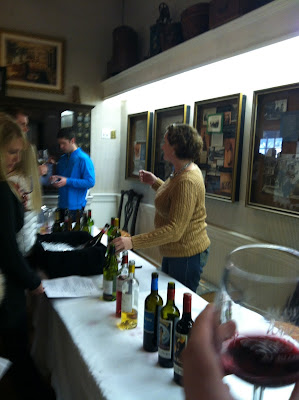 So we started our wine-drinking adventure in the Garden Room. The Garden Room is hidden on the other side of the restaurant – so Jen came to the conclusion that this would be the best place to start. In that room was the Raleigh-based wine distributor, Juice Wine Purveyors. There we went down the list of red wines:
We weren’t too impressed with the first set of wines. The Malbec had a very strange taste. The Pennywise light-bodied Cabernet was somewhat mediocre. Even the Rusina 2010 Cab blend wasn’t something to write home about. I hope this wasn’t a taste of things to come.

Next were the wines in the Tea Room. Skyland, Fine Wine Trading Company and Constellation Brands were the three distributors in this room. There we tried the following:

This batch of wines had some nice standouts for the price. The Tait “Ballbuster” was by far our favorite. Normally selling for $20.25, one was able to purchase bottles for $16.75 that afternoon. We also enjoyed the Anderson Conn Valley Cab and the Ramsey Pinot Noir.

The guy pouring for Tyron was a good sport. Originally he was going to set up at the bar, but there were too many people – doing what you do at a bar – drinking! So they moved him to a table between the men’s and women’s restrooms. There we tried four reds:
The Writer’s Block had mixed reviews from us. I thought the counoise grape gave this wine a unique flavor, while Jen wasn’t too happy with the taste. Probably our favorite at this table was the Vermentinu from France.

Then it was off to the History Room with The Country Vintner behind the table. This room kept pretty busy the over fifteen different wines to select from, and only one distributor pouring for the patrons. Just like all the other rooms, we stuck to the red wines and had the following:
So in the end, I didn’t quite sample half … but almost. In the two hours the event was held I sampled 26 wines. Next step is to see if my local wine shops can order a handful of the ones I really enjoyed.

On Saturday, Jan. 11 the Triangle was greeted with overcast and rainy weather, but that didn't deter wine and beer lovers alike to visit the new Wine Authorities open house, located in the Person Street Plaza at 211 E Franklin Street in Raleigh. A full schedule of events from 11 a.m. to 5 p.m. included several wine and beer tastings, food trucks, local product demos and even a magician for the kids! When we arrived shortly before noon, the store was already abuzz and the wine and beer was already flowing.

We made our way towards the wine bar to pay a visit to Jay Murrie and Luc Suèr from Durham's Piedmont Wine Imports to sample two of their wines. Murray was pouring both a red and a white from the Piedmont region of Italy. Jay always tells great stories to go along with each pour and he definitely did not disappoint on this gray day.  Just down the bar from Jay was Jen Viecelli of The Country Vintner. She was also pouring a red and a white, but from Wine Authorities' unique wine keg.  A different experience to say the least – to have your wine poured from a keg rather than a bottle!


The open house also featured local product demonstrations from Wine Authorities neighbor, Yellow Dog Bread Co., as well as Durham's Scratch, Toast and Pie Pushers – a pizza food truck – providing sustenance for visitors during our visit. We unfortunately did not try a pizza from Pie Pushers, but I can attest that the aroma was nothing less than wonderful!   According to the schedule, the rest of the day also featured Ponysaurus Beers with Keil Jansen, Bruno’s Wine Without Borders, Counter Culture Coffee and cheese samplings.

The store features three of the infamous Enomatic machines, hosting 24 bottles of wine to sample in various size pours. Wine Authorities will also feature wine-by-the glass menus, cheese and meat plates, ample stock of wines and beers for purchase, local products, indoor and outdoor café seating and much more. My first impression – I would say Wine Authorities has a great concept and location to serve the Oak City – and may just become a regular stop on my way home. 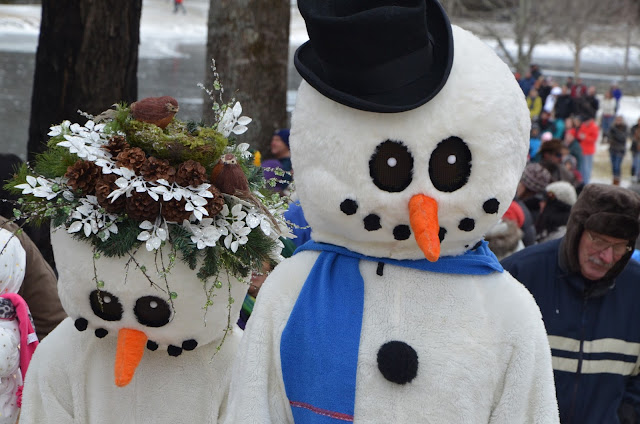 It was back in 2006 … the first time I visited the small town of Blowing Rock. It was for Jen’s birthday in October, and we went to see North Carolina’s wonderful Fall weather up in the mountains. The amazing autumn colors were very picturesque for my first trip there. We visited The Blowing Rock, where I learned the legend behind the infamous rock. We shopped on the Main Street. We stayed at the historic Green Park Inn, which was built back in the 1880s. The hotel’s Queen Anne Style architecture has seen many historic figures stay the night there, including Annie Oakley, J.D. Rockefeller, Calvin Coolidge and Eleanor Roosevelt – just to name a few.

Since 2006, we’ve been back at least five other times. A Valentine’s Day weekend back at the Green Park Inn. A cold and windy October at the Alpine Village Inn, where we stayed in a corner suite with a indoor jacuzzi. A July gallup through town prior to a friend getting married in Banner Elk. And earlier this year to partake in our first Winterfest, where we stayed at the Ridgeway Inn. Let’s not talk about my car getting stuck in the ice, please!

And now we’re going back in 2014. Jen and I will be going to the annual Winterfest festival on Jan. 24-26, and this time with some good friends of ours. We decided to go back to our favorite – the Green Park Inn. To me, it has some sentimental value attached to the hotel. And they have a great package deal, which includes tickets to the chili challenge and the grand wine tasting held there at the hotel.

There’s also a handful of new places that sprung up since our last visit. The new Blowing Rock Ale House & Restaurant. The new Public House & Hotel. Also a new restaurant inside Green Park, the Chestnut Grille, which is run by executive chef James Welch.

One staple of Blowing Rock which will be dearly missed is Crippen’s. Luckily, this past January we shared a couple beers with friend, and owner of the B&B, Jimmy Crippen.

But it’s a new year! I’m looking forward to spending it with Jen, drinking good wine, having nice meals, possibly signing up for the Polar Plunge, where I’ll give myself a heart attack jumping into the icy cold Chetola Lake. Maybe I can talk my friend Dave into donning a costume and jumping in the lake with me! 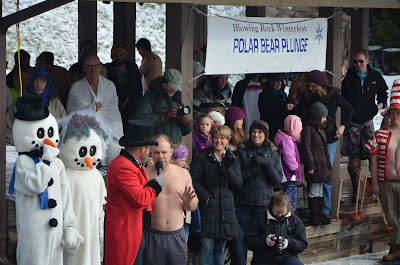 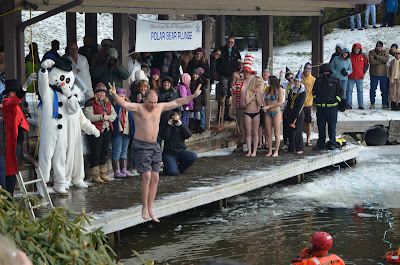 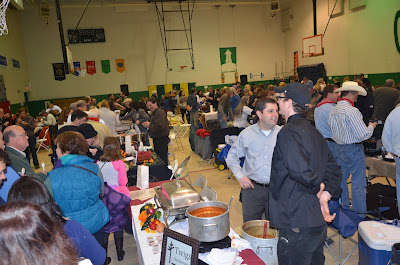 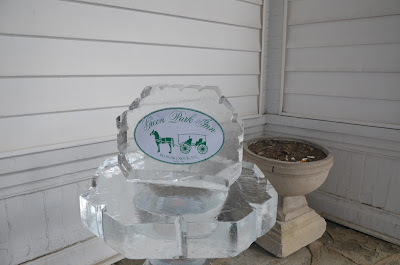