North Carolina boasts some wonderful day trips and our day trip to Mount Airy did not disappoint as we discovered two great wineries that we plan to visit again in the future.

Read about our first stop at JOLO Winery & Vineyards here.

After visiting “Mayberry” for a bit we headed over to Round Peak Vineyards, just minutes from Mount Airy. Little did we know, or perhaps Dathan knew, that Skull Camp Brewing was part of Round Peak’s establishment.  His face lit up knowing he would not only be able to sample some wine, but also beer.

When we arrived, the place was crowded with a group of 20 or so visitors placing their orders for both wine samples and flights of beer as they headed directly outside to the patio area overlooking the scenic foothills of the Blue Ridge Mountains. As we patiently waited for the crowd to place their orders and retreat, we took our time scanning the wine and beer list while watching Michigan State football on the flat screen.

Round Peak Vineyards, along with Skull Camp Winery/Brewery is located in Mount Airy, NC


Wine samples were $1 a pour – which included both Round Peak and Skull Camp’s repertoire. We found the Round Peak wines to be pleasant, aged in both French and Italian barrels. Skull Camp Winery describes their wines as “fun semi-dry wines” with names such as Anticipation, Indulgence, Dedication, Flirtation and Infatuation. We tried a rosé named Confusion as well as Infatuation, a red dessert wine. Both wines were good and not overly sweet.

Next we decided on a flight of beer to split. The beer samples range from $1.25 to $1.50 for 3 oz. pours. We tried all five they had to offer with Dathan’s favorite being the Knuckle Dragger, a Double India Pale Ale.

Overall, we had a great experience at Round Peak/Skull Camp Winery. When visiting wineries, I not only base my opinion on the wines but also the atmosphere and service. I have to say, when we first walked in and saw so many people crowded around the bar, I was a little concerned. However, the staff promptly had everyone served as they all shuffled outside with their libations and left a near empty tasting room for ourselves.

Following our tasting, we walked around the grounds to check out the area. They have a great patio area out back overlooking the Blue Ridge Mountains, and a couple of cabins for rent that I am curious to check out sometime. They are pet and RV friendly. Before leaving we picked up our his-and-hers Skull Camp T-shirts. They also sell pint glasses and tulips in addition to their wines and growlers of beer.

The question of the day ... Will we be back?  Yes! We look forward to another trip to Mount Airy to visit JOLO, Round Peak and hopefully some new discoveries the next time we return.

Day trips take a lot out of me – especially when I'm consuming my first flight of wine before noon. But I am celebrating. Celebrating six great years of marriage to my partner in crime, Jennifer. Last weekend Jen decided we should do a day trip to Mt. Airy to visit “Mayberry” and take in a few wineries along the way.

Of course I agreed. I needed a break from work. So on Nov. 8 we got in our car and headed west on I-40, the third-longest Interstate Highway in the U.S., into Winston-Salem and up U.S. 52 towards Pilot Mountain. From there we headed to our first winery of the afternoon, JOLO Winery & Vineyards. One of the newest wineries in North Carolina, JOLO has only been open to the public since April of this year.

Approaching the wineries entrance I thought to myself, this would be a wonderful place to hang out for the afternoon. The properties 80-acres showcases the beauty of the fall foliage all around, with it’s backdrop, the infamous structure that is Pilot Mountain propped up slightly to the estate’s port side. Down the hill resides Cox Lake, a public fishing hole, where finds such as channel catfish, bass and sunfish lie claim to someone with the patience to wait for a nibble.

Once inside JOLO, the first thought was this looked more like a restaurant than a winery.  To the left, inside the “tasting lodge” were wine bottles stacked from floor to ceiling, and waiting in front of us was a marble-slab bar lined with dozens of wine glasses, just waiting for someone to request a tasting. Tasting room hours are Thursday through Saturday 10:30 a.m. until 6 p.m. and Sundays from noon until 5:00 p.m. The cost for the tasting is $7 per person for 5 samples.

Some of these wines include a Chardonnay, a Merlot based Rosé, Chambourcin and a medium-bodied dessert wine aptly titled “Happy Endings.”

Each wine we sipped was a good as the next. I have to admit, sometimes it’s difficult to find a great North Carolina winery that embodies the essence of tasting that fine California or French wines. Many N.C. wines are a lot lighter in body and lack the tannins I enjoy in robust reds such as a Cabernet, Malbec or Merlot. I’m not saying this is a bad thing, just stating that my taste buds don’t accept these wines with the same enjoyment as those wines that coat my teeth purple by the end of the evening.

Named after owner’s JW and Kristen Ray’s two sons, Joey and Logan, JOLO offers guests a welcoming day of wine, food and scenic views. The winery offers lunch and dinner in its Napa-esque dining room – and it’s rather fitting, since JOLO’s chef hails from Napa. Besides the regular tasting, the winery also offers private tours, barrel tastings and events such as “All About Truffles” – a five course wine and truffle pairing which runs $125 per person.

This was definitely a new hidden gem we stumbled upon. During our lunch, we both decided this would be a perfect destination for a day trip with members of the Falls River Wine & Beer Club that we both spearhead. The atmosphere. The wines. The food.  We will be back for another visit. 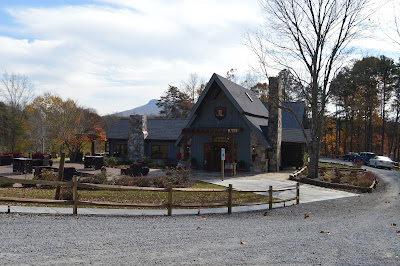 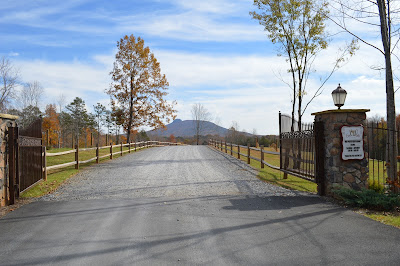