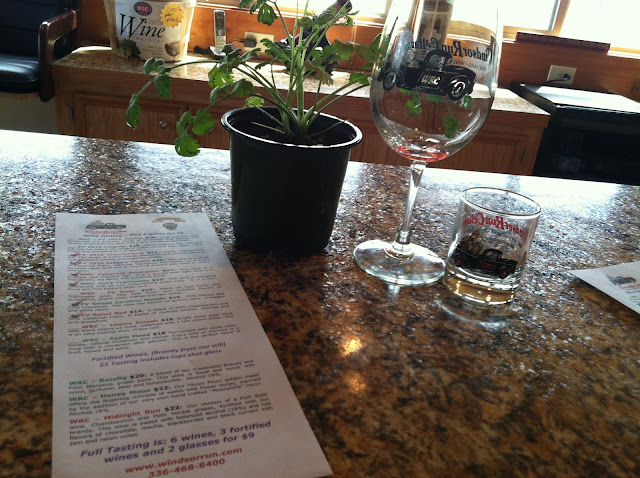 With spring now beginning to bloom, the Falls River Wine & Beer Club took their April tasting event on the road to visit the Vineyards of Swan Creek in the Yadkin Valley to attend its annual Herb Festival. Four couples joined in the fun as five wineries were visited, each offering a 1-oz wine tasting paired with a food sample made with an assigned herb per winery. Each couple also returned home with a 4" potted herb from each of the visited wineries. In addition to the Herb Festival itself, the wine club also joined in on some of the regular tastings the wineries each offer.

The tour began at Laurel Gray Vineyards with the full wine tasting which included Unoaked Chardonnay, Viognier, Cabernet Franc, Merlot and some fun sweet wines. What makes Laurel Gray stand out are the additional pairings with their sauces, such as the Artisan Vinaigrette, Crazy 'Bout Butts BBQ sauce, Chocolate Cabernet wine sauce and Caramel Chardonnay wine sauce. The Herb Fest part of this winery included a pairing of pasta salad made with Basil and paired with their Scarlet Mountain, described as rich ripe, red cherries, blueberries, raspberries, and buttered toast. 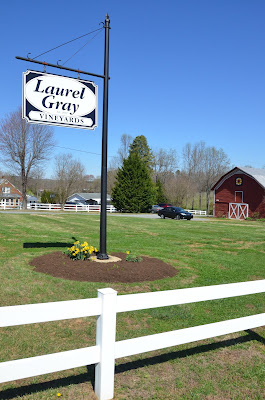 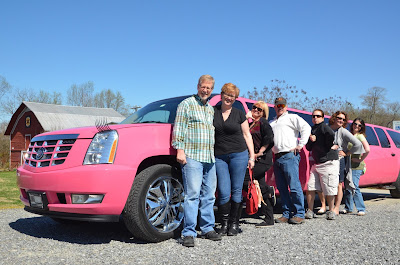 Next was Raffaldini, the most picturesque of all five wineries with the Blue Ridge Mountains beckoning in the background. Raffaldini is known for its Italian style wines and is known as "Chianti in the Carolinas." This winery produces such varietals as Vermentino, Pinot Grigio, Sangiovese, and Montepulciano. While some enjoyed the full tasting at this stop, others opted to just enjoy a glass out on the patio. Raffaldini paired a Rosemary White Mac-and-Cheese with a sample of Sangiovese.


Back down the road was Dobbins Creek Vineyard, the third winery where members sampled a lavender muffin paired with their Chardonnay. Dobbins Creek also offers beautiful views where on a clear day the top of Grandfather Mountain is visible. Dobbins Creek currently produces varietals such as Riesling, Chardonnay, Merlot, Hemric Mtn Rd and Hemric Mtn Blush. The group once again all took advantage of the full tasting at this winery. 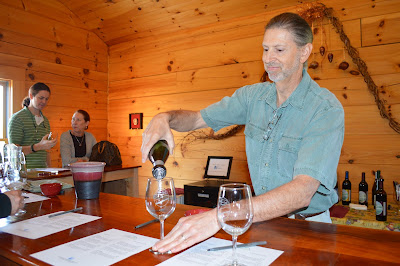 Next stop, Windsor Run Cellars, is the only winery in North Carolina with a working distillery. This winery was originally named Buck Shoals but later sold to the owners of Shadow Springs and changed its name to Windsor Run, named after the road it resides on. The pairings for Herb Fest at this winery was what they called "Redneck Cavier" paired with a Rose' wine. Some in the group opted for the full tasting that included six wines plus three fortified wines while others chose to enjoy the beautiful day outside on the patio.

Lastly, our Falls River Wine & Beer club's official Herb Fest tour ended at Shadow Springs Vineyard. Shadow Springs is another family-owned vineyard, founded in 2005. Here they paired a dill pastie with a Chardonnay. By this time, however, the group chose to forgo the tasting and head out to the patio for a picnic lunch. The perfect way to end our 2014 1st "Annual" Wine Tasting Trip!

All in all, this was a wonderful way to celebrate Spring and try out some of the wineries that North Carolina has to offer! Additional wineries visited on this trip, but not part of Herb Fest, were Shelton Vineyards, Sanders Ridge Winery, Ragapple Lassie and Hanover Park Vineyard. 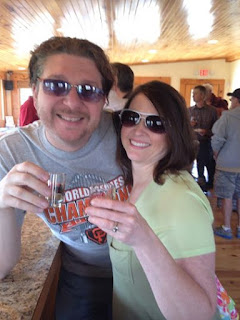