Raleigh's Mordecai House celebrates with open house for the holidays

I was never one for paying close attention while in History class. I found it rather boring. What I've learned in life is that I actually enjoy visiting historical sites and learning about how we lived back in the day, through living history, as opposed to opening up a text book. Over the years living in North Carolina, I've visited many historical sites from Tryon Palace in New Bern to the Biltmore House in Asheville. But right here in our own backyard sits the historic Mordecai House.

We decided to visit the house on the weekend of the Holiday Open House. As soon as we exited the car and walked the property, you are immediately taken back in time, forgetting that just down the road is the hustle and bustle of downtown Raleigh.

The Mordecai House was built in 1785 for Henry and Polly Lane and was one of the largest plantations in Wake County. The name Mordecai came to be when Moses Mordecai married Margaret Lane, the daughter of Henry and Polly. The house was home to five generations of the family over time and to this day features many original furnishings.

The open house took us through both floors of the home with each room representing a different time in history.

Living here in the 1820s were Moses and Peggy Mordecai with children Henry and Ellen as well as Peggy's sisters, Harriet, Temperance and Nancy. During this time, decorations would have consisted primarily of fruit, gingerbread and stockings whereas Christmas trees were not yet a popular item. 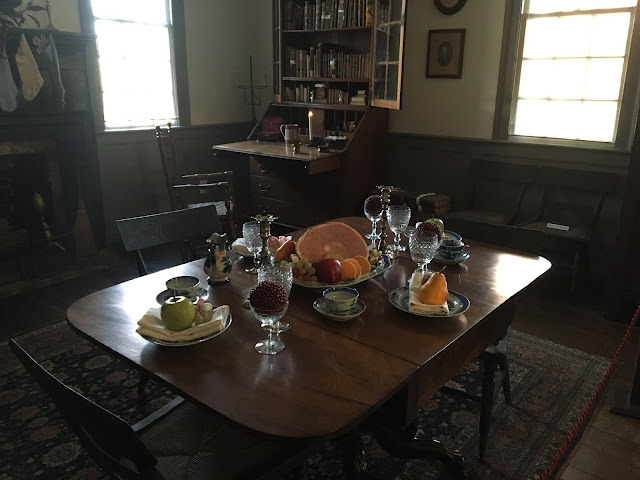 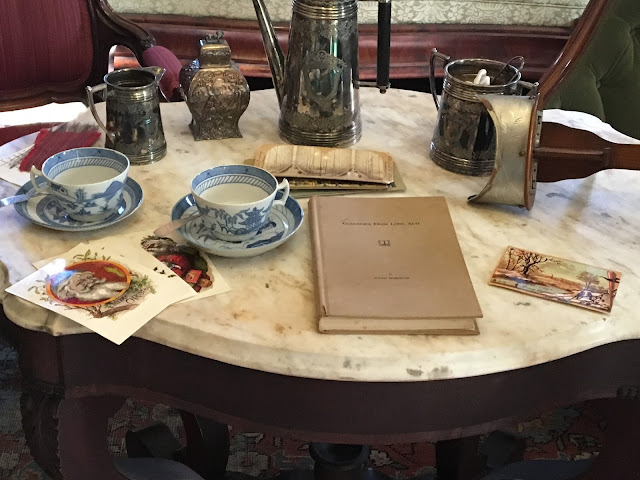 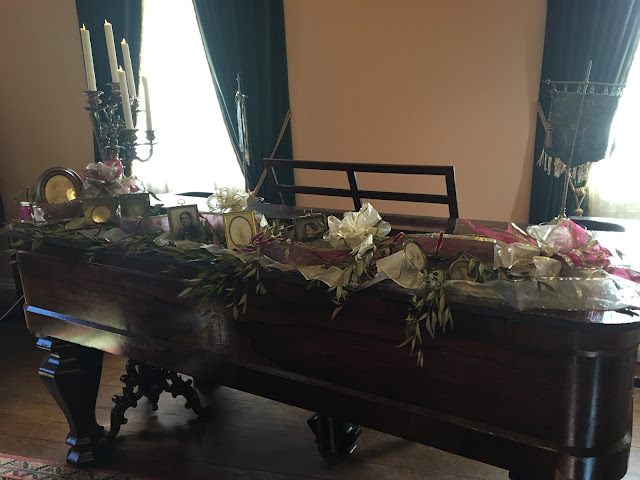 As we enter the Victorian era, one will notice the Christmas tree as well as the introduction of glass ornaments on the tree. Traditional decorations would have been cornucopias with fruit and nuts, candy and treats. The children would have enjoyed toys, sweets and holiday celebrations of the time. 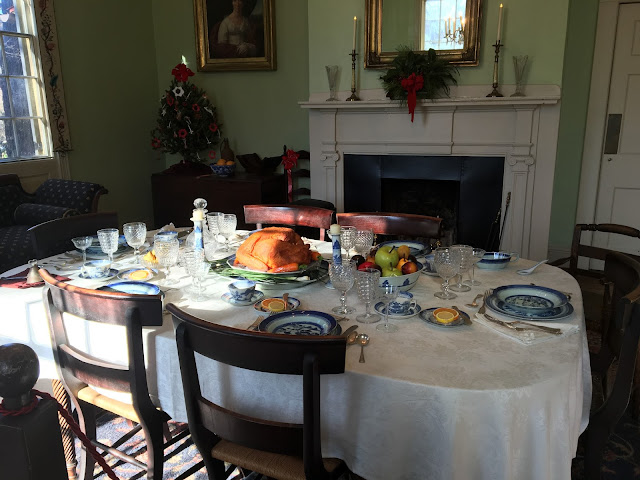 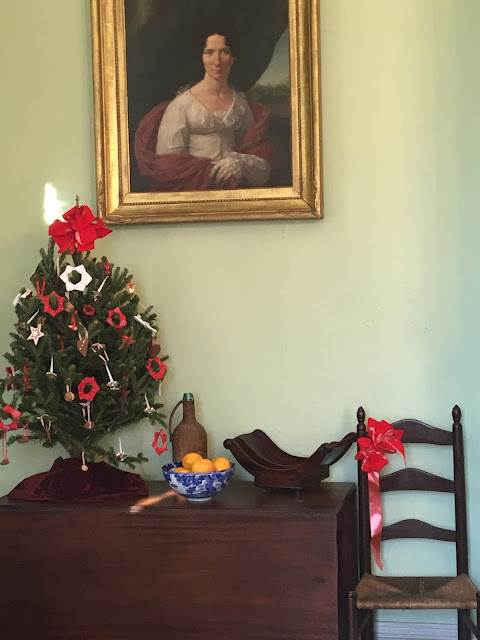 Times have now changed as the Civil War waged on. The luxuries of the past were now hard to come by. Decorations would have consisted of greenery, berries, fruits and nuts while sweets were held for stockings or gifts. Trees were now adorned with strings of popcorn, berries and dried flowers while festivities were found in the form of singing carols. 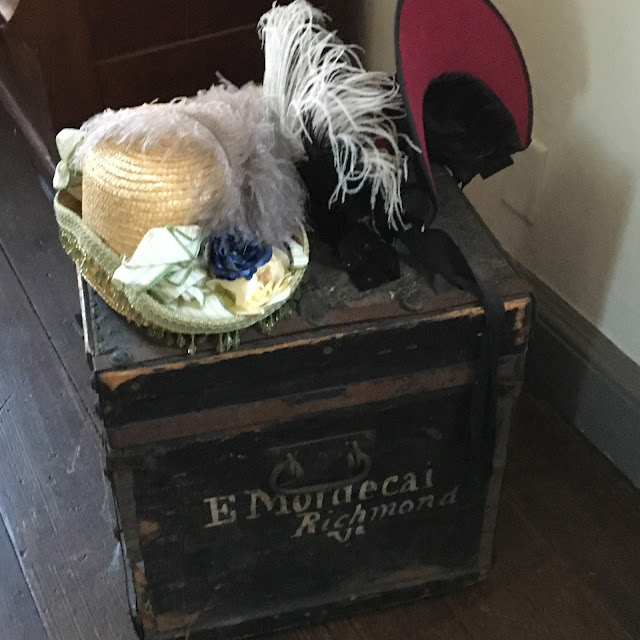 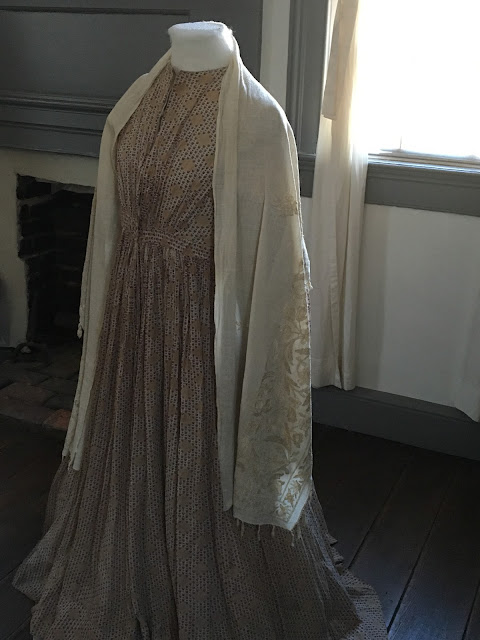 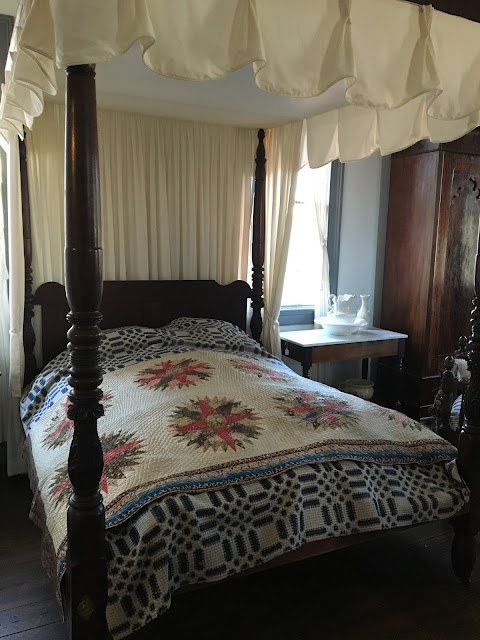 Turn of the Century

The turn of the century now has three generations living in the Mordecai House. Pattie Mordecai served as head of household. The house was no longer the center of a large plantation but rather the Mordecai's sold land to make their money. This era introduces us to store bought gifts replacing handmade gifts. Wrapping paper and Christmas cards are now a common occurrence yet candles were still used to light the Christmas tree. No worries as a bucket of water and blankets were always nearby in case of fire. 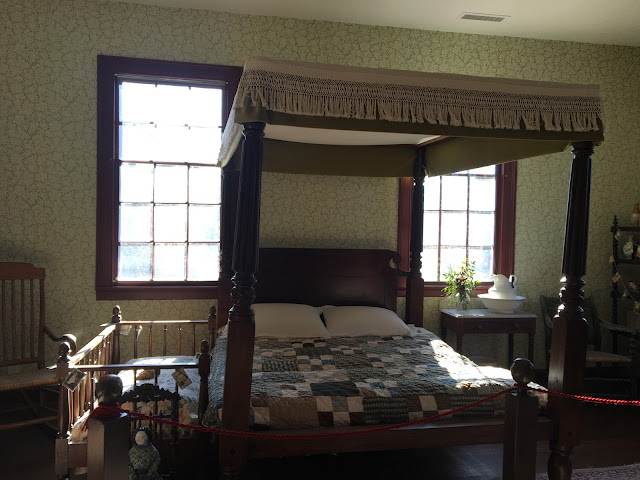 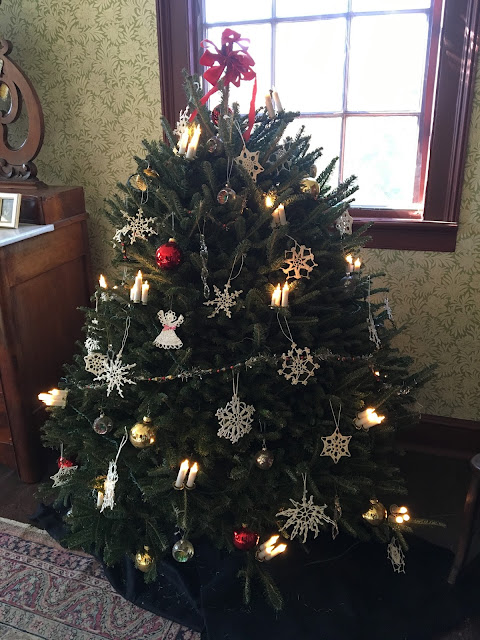 World War II brought more hardship for families, but after the war that all changed and the merriment of Christmas became alive again. By the mid-20th century, Christmas has now become very commercialized with the modern day Santa, what we now consider family holiday favorites such as "Rudolph the Red-Nosed Reindeer" and "Miracle on 34th Street" adorning the screen. At this time in the Mordecai House, an aging Pattie Mordecai, with no children of her own, and living with several of her sister Margaret's sons, would welcome the holiday with several cousins, nieces and nephews who would come visit and bring holiday cheer. 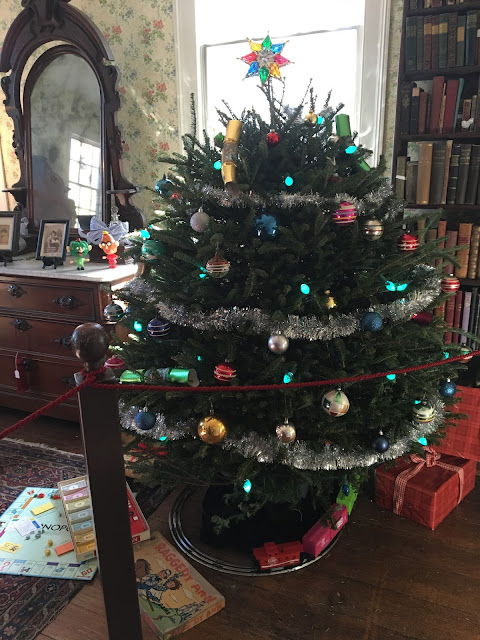 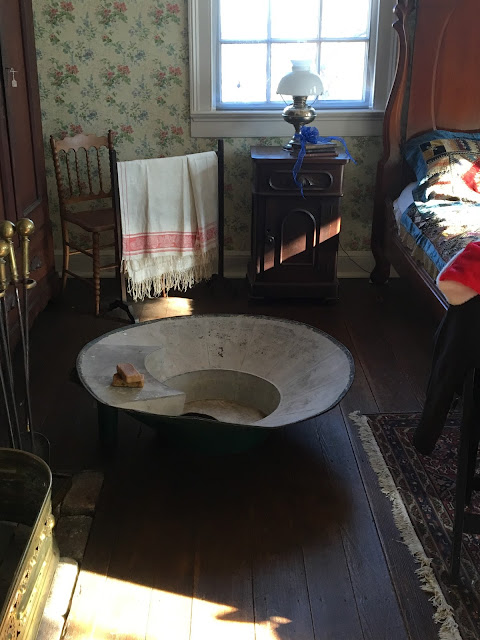 As you walk the grounds of Mordecai, you will also experience several outbuildings such as Andrew Johnson's birthplace, St Mark's Chapel, Allen Kitchen and Badger-Iredell Law Office.

As part of the open house, we were fortunate to visit the Allen Kitchen and experience what a traditional meal of the times may have been with bowl of chicken dumpling stew. 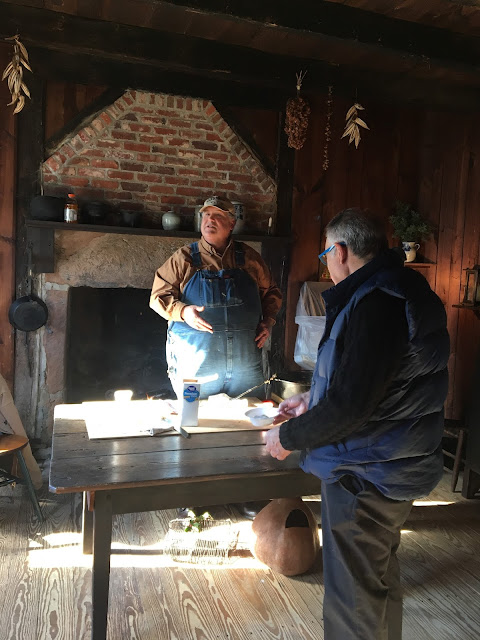 If you have not visit the Mordecai House, it's worth checking out. You can experience trolley tours, park tours or special events such as this one. For more information, check out the web site at www.raleighnc.gov/museums. 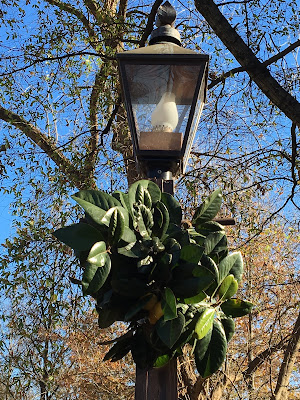